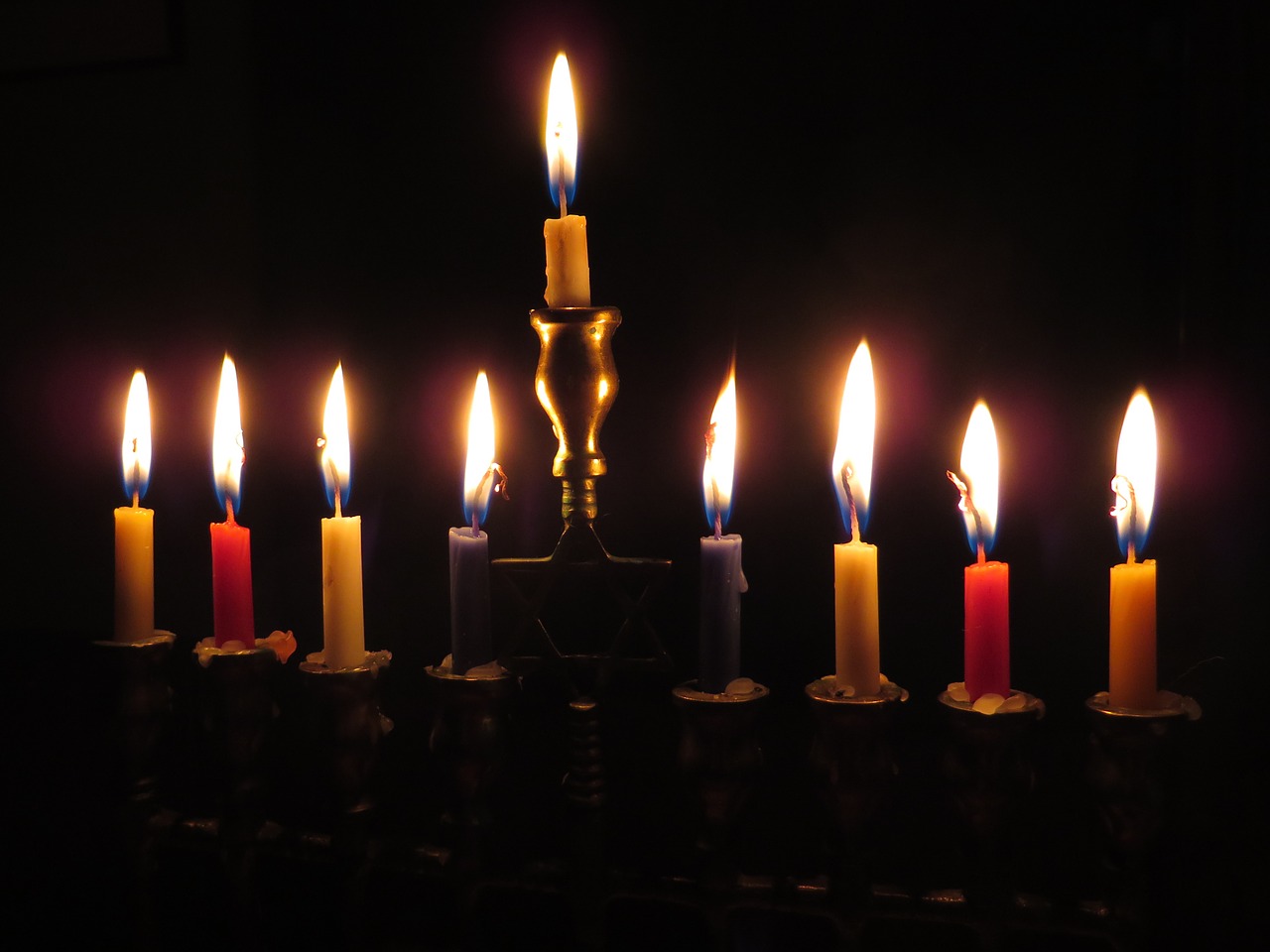 Life with a child who has sensory issues (or any other behavioral or emotional issues) has its ups and downs.

And the hardest downs are when you thought you were on an up.

When you as the parent are on an up, when you get all psyched up to try out a new technique to help your child, or when you finally decide that it’s time to accept your child for who he is and stop comparing, it’s an amazing feeling.

Unfortunately, often the feeling – and the commitment – only last for a few weeks. Then you find yourself back in the same old unhelpful pattern and you get really down on yourself.

That’s when it’s time to take a look at the Chanukah candles. Aside from any calming and meditative effect inherent to small candles flickering in the dark, the candles of Chanukah tell a story about your capacity to get up from any down.

The name of the holiday – “Chanukah” – comes from the word “dedication.” That’s not surprising; we all know the story, right?

So it makes perfect sense that Chanukah is the “dedication” holiday.

When you take a second glance, it’s actually kind of strange.

What happened during the dedication ceremony after which the holiday of Chanukah is named? The Maccabees found a few iron poles, made a makeshift menorah, and lit it.

Probably the least impressive of all the Temple dedication ceremonies.

It wasn’t even a dedication of anything NEW – it was still the Second Temple, which had a dedication ceremony, back in the day. It was only a REdedication, after the Greeks had messed things up.

So why is THIS dedication the one picked to commemorate as the “dedication holiday”?

Because that’s the whole point.

Life is a challenge. And it takes on additional challenge when you’re raising a child with behavioral, emotional, social or academic issues.

None of these are easy to start – and if you succeed in getting off the ground, you deserve to feel proud.

But if resolutions like these are hard to get off the ground, they’re one hundred times harder to keep aloft. Too often, we find ourselves a few weeks into a new commitment with our plane’s nose in the dirt. And then – if it’s anything like the fate of a typical New Year’s resolution – we feel down on ourselves, and then kick some more dirt over our crashed aircraft, so that we can try to forget about how we messed up. We’ll try again a different time… like maybe next year.

If you see the message of the twinkling Chanukah candles, however, you won’t need to do that.

We don’t commemorate the dedication ceremonies of the Tabernacle, the First Temple, or the Second Temple, beautiful and impressive though they might have been.

We commemorate the REdedication of the Second Temple. The getting-back-on-track after it was hijacked, defiled and messed up – big time.

That’s the message of Chanukah: You have the power to rededicate yourself.

It’s no coincidence that Chanukah comes about three months after the Jewish New Year. Resolutions are starting to wear thin (if they haven’t been forgotten). We feel resigned to a life of ups that fall down too fast.

Chanukah tells us: No. You don’t have to kick yourself – and then kick your resolutions and desire to change under a carpet until next year. You have the ability to get back on track.

It’s never too late. You never messed up too badly. You are able, RIGHT NOW, to do a rededication and get yourself back on track in a way that will be helpful to you, your child and your relationship.

That’s worth remembering, celebrating… and rededicating.

Stay Updated
with Hands on OT

Thank you for subscribing.

We respect your privacy and take protecting it seriously